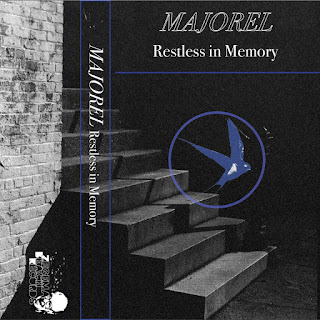 I've talked about it numerous times now, but Richmond, VA is the new home of incestuous screamo, not unlike the cross-pollination of New York and New Jersey during what I dub the "Level Plane" era of screamo (1999-2008). Members tended to be active in numerous bands at one time and when one band dissolved members created new bands with other members from other bands, creating a pretty complex web of who-the-fuck-played-what-in-what-band? that is now being mirrored in enthusiasm and definitely has some screamo similarities, but I'd say the stuff coming out of Richmond leans more towards the harsh metalcore and emo-violence influenced end of the spectrum.

MAJOREL is a supergroup, like most of the bands in Richmond will come to be known as, and features members from: Mothlight, Gas Up Your Hearse, Yusuke, Dawn, Marj!, Karoshi, Nut Collector, Altar Of Complaints, Sightblinder, Apostles Of Eris, Pigeon Meeting, Van Hagar, мятеж, Samarra, Swan of Tuonela, Caust, This Land Is Now Dead, Giugno. The song I'm premiering from the band's debut EP 'Restless in Memory' today is called "A Simple Retreat" and it fucking rips. Although I mentioned Richmond pumping out harsher screamo, MAJOREL is a perfect balance of clean, serene bits and scathing hardcore. Prepare yourself for a truly hair-raising experience. Check it out below and pre-order a copy starting on March 21st!

MAJOREL: - "A Simple Retreat"
from: 'Restless in Memory'
released on: Zegema Beach Records

Here's a statement from Will (drums/super screamy vocals) about the band:
"Some of these songs Christian & I wrote together in 2015 while still living at our showhouse the Haunted Mansion. We had met Jesse in Nashville on tour, and his whole band Van Hägar had recently moved to Richmond. Thom played here at Swamp Fest 2015 with Mothlight, and moved here shortly after from Chicago. Our local scene thrives on lots of different groups being active at once, so everybody is involved in additional musical projects. Jesse, Christian, and Thom all play some part in Pigeon Meeting, another band from here. The four of us reworked old songs together and wrote new ones, all writing lyrics and doing vocals as well. The five songs on this tape explore emotional isolation, humanity's effect on the environment, systemic injustices, and more. Recorded in Richmond, VA on a snowy weekend in early January, at Thom's house in Church Hill and Jesse's house in Manchester."

'Restless in Memory' will be released via Zegema Beach Records on April 4th, 2017. The EP will be limited to 70 copies on lavender cassettes in a clear plastic shell and as usual all pre-orders (available March 21st) come with a free copy of the Zampler #8 - I'm Doing My Part cdr/50 with some sexy ass art from Connie Sgarbossa.

On a final note, here's a reminder of this insane show that MAJOREL will be playing at tomorrow to help support .gif from god's tour kickoff show in the almighty Richmond, Virginia on Friday March 3rd, 2017 at 25 Watt with Listless and Van Hagar, to boot! The event page is linked here. 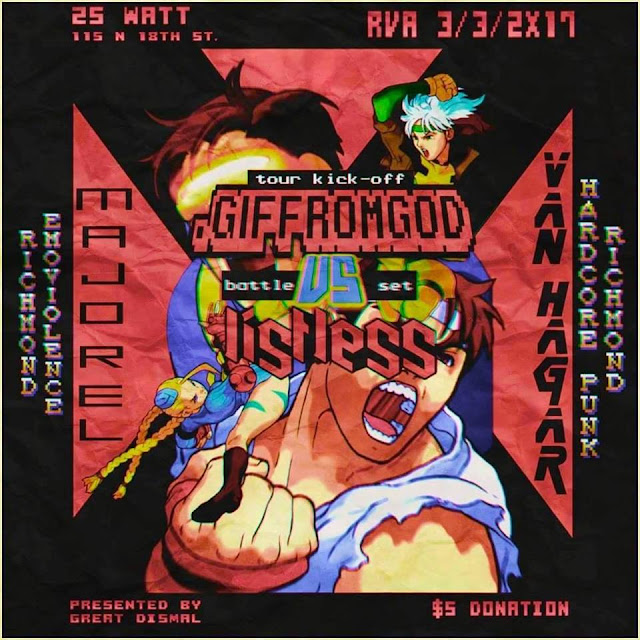