IEATHEARTATTACKS are from Norway, started as a sibling two-piece in 2012 and recently expanded to a three-piece prior to their 2017 LP. They play a sassy, groovy, playful yet heavy version of hardcore that was more or less prevalent in the late 2000s, and they do it very, very well.

Their debut EP '...And Pianos Become the Teeth' sounds very little like the band by the same name, instead opting for screamy, dancey hardcore in the vein of Transistor Transistor, JR Ewing and The Blood Brothers. Opener and title track "...And Pianos Become the Teeth" is a rompin' good time with fantastic screaming and some serious grooves. The second, closing song "Set This City (On Fire)" is definitely gonna get yer ass shakin', and with those call-and-response vocals you'll find yourself screaming along with "Set this city on fire, fire!". The similarity to early Transistor Transistor with some Blood Brothers vocal placement comparisons seem quite obvious, but you'd best check the song to be sure.

The following year the band upped their game and then some, releasing 'You Don't Need Oxygen to Walk On This Fake Moon' (lyrics from the quintessential "Refuge Tropicana") and settling into the sound that has stayed with the band for the past five years. The primary difference here is the harnessing of their most positive attributes, mainly those infectious grooves, airtight drums, discordant, driving and dense guitar/bass as well as those aforementioned screams and excellent vocal patterns. Here we got a first taste of the songs "Black Hearts", "Refuge Tropicana" and "Two-Step Paranoia", all of which were rerecorded for their 2017 debut LP. I jammed these early versions so many times that transitioning to the new versions has been difficult, as these are all excellent demos, if I must call them that. These versions are a tad slower, fixate on a primarily single-vocalist delivery and lack the depth of the later renditions, most likely because the band added a member. I can't forget to include the only exclusive song on here, "E.l.l.E.", which is a sick song relying on drum syncopation and a guitar progression that will lull you in quickly and then trap you forever. Hell, it even closes with a panic-chord breakdown. Fuck yes. I have yet another thing to mention, and that is the demo version of "Refuge Tropicana", which is the track that gave me my first, addictive taste of IEATHEARTATTACKS and I haven't looked back since. More on that song soon.

In 2015 they released a digital three-song EP that I really, really wish was downloadable, for I hate streaming-only. I loved the songs so much I created mp3s from the damn bandcamp streams for there is no option to buy/download. Anyhoos, enough ranting - this EP is fucking awesome. It takes the catchiness of the 2013 release and adds aggression, as well as a few more subtle layers to accentuate their already great sound. 'Hello Cole Porter' opens with "Desperation", a sassy, sarcastic and romping track that is the first of the band's shorter tunes, as it doesn't even reach the two-minute mark, whilst most previous tracks were two to four minutes in length. "Deadpool" is next, throwing a whirlwind of intense, screamy hardcore that might see some similarities reflecting in the Dangers! mirror. The third and final song is also the title track, and it is quite possibly the best song on here. Dipping in that sweet, seductive, danceable hardcore as well as a deeper, subtle, metalcore approach (I'm hearing a bit of Von Wolfe), IEATHEARTATTACKS concoct a perfect song with the reintroduction of their sassy dual screaming. 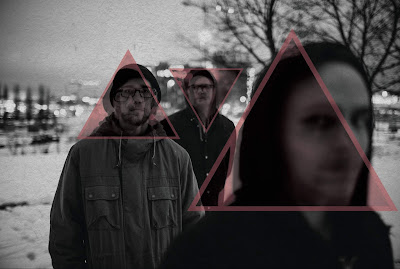 After dropping a teaser single in 2016, they came back hard in 2017 with a phenomenal full length record titled 'Please Just Dance Death'. Without a doubt the band's crowning achievement, all 9 tracks (including the rerecorded songs) are certified bangers. It begins with the venomous "Liar", which sounds like it should have been released on Vitriol Records, if that makes any sense to you. Besides being abrasive as fuck, it is more punk/hardcore oriented than most of the tunes and it is also the first song where we hear a noticeable difference in the backup vocalist's screams, that is to say that they are much higher pitched. "The Six" continues the Vitriol sound, coming off like Ghostlimb with a bit more experimentation and vocal variance, with everything after 1:10 just ruining me. The new version of "Refuge Tropicana" is next, and although I still think this is a ballin' track, I think I like the solo vocals from the demo more than the dual screams. Wait...what? That doesn't sound like me at all. I prefer a single screaming vocalist? Holy shit, apparently so. That being said, the song itself is bursting at the seams with excellent production, phenomenal drumming and all dem dope screams. The playful, dreamy guitar riffs will hook you from the get-go, while the lyrics and vocal placements on this tune are just jaw-dropping, and everything else is just icing on the cake. "M.I.A." is much slower, mature and rooted in post-hardcore, but those last 40 seconds sound pretty dang evil. "Two-Step Paranoia" shows up again here, but is titled "Two Step" and it lays down a ton of dual screaming and driving instrumentals, sounding more like fellow Norwegians JR Ewing than ever before. The previously released single "Drowning is My New Favourite Thing" was chosen as a single for a reason...it's dank as fuck. Once that chorus hits with those Snack Truck space guitars and a flurry of screams (not unlike later Bravo Fucking Bravo material) I'm generally soaked in my own saliva. Usually their title track is one of the best on the release, and "Please Just Dance Death" is no different. This time focusing on the perfect concoction of heaving breakdowns and jarring, disjointed sections, the song is a wonder to behold, and will knock you on your ass with that final breakdown. "You Will Try to Escape" is massive, as it opens with a monolithic riff and breakneck drums that transition to a jagged and catchy-as-fuck section that bares resemblance to Every Time I Die. After the 30-second mark the band removes (for the most part) the guitar and bass and instead opts for verses driven almost solely by both vocalists and the drums, making the song quite eclectic indeed. Closer "Black Hearts" is the third rerecorded tune and like "Two Step" the song definitely gets the royal treatment. Those drums, hot damn, those drums are so good. And the vocals, oh my, the vocals. Also, that tremolo guitar...jesus fuck christ I'm in heaven. There's also that hyperactive midsection from 1:20 that showcases that unreal drummer that I keep complimenting.

So there's that, the current IEATHEARTATTACKS discography, and I'm in love with all of it. I am seriously beyond stoked for anything this band does next, and you should be to. Or...you're a dumbass. 😉