I first came across MINE on a some blog or another, probably The Elementary Revolt. After downloading their 'self-titled' EP I expected crazy harsh noise - I mean, just look at that cover! Well, as you may have guessed my silly generalization was unfounded and dumb. MINE plays screamy post-hardcore/metallic hardcore with a surprising amount of melody in the vein of Barrow, Dangers!, Pianos Become The Teeth and Cease Upon The Capitol. 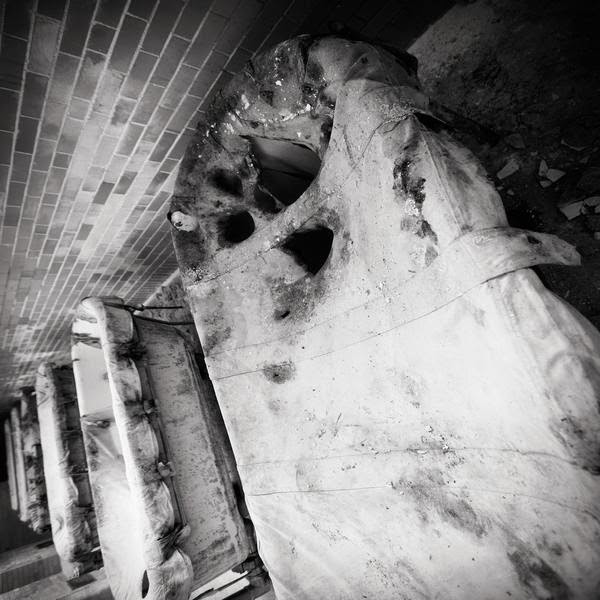 That first EP contains some killer tracks. "Crossed Out" has a beautiful, dreamy intro that sounds like Old Gray but leads into much more interesting territory once the vocals kick in after about a minute. This dreamy intro builds into a climax of noise that insanely sounds like a perfect mix of Nine Inch Nails and Carrion Spring. Seriously, that's a really good comparison. "What Kind of Bird are You?" is a screamy, noise-rock venture into hardcore that mixes Dangers! and Comadre vocals and bass with Cease Upon The Capitol guitars. There's an awesome wave of chaos that ensues from around 1:02 to 1:24 that is unreal. "Backseat" boasts some seriously Cease Upon The Capitol inspired death/spacey riffs. The vocals are a sticky goo of screamy Dangers!-esque sass and I absolutely love that booming bass, as it's super high in the mix and distorted.

While writing this review I stumbled across their 2013 endeavour 'Disappear' and, after two listens I'd posit that it's another decent release but doesn't grab me in the way their 2012 EP did. The four songs (plus one interlude) are in a similar vein but drop the instrumental heaviness to a small degree and inject more melody and substance, which ends up losing some of the urgency and flair but replaces it with a much more cohesion and direction. I personally enjoy the closer "Sleepwalk" the most, with those rising and falling guitars coupled with some passionate, throat-wrenching screams of "I know I'm worthless and I know I'm hopeless against..." The second track "Penknife" is another really good song. For this release I've just linked the bandcamp and not embedded any videos, so jam it here.